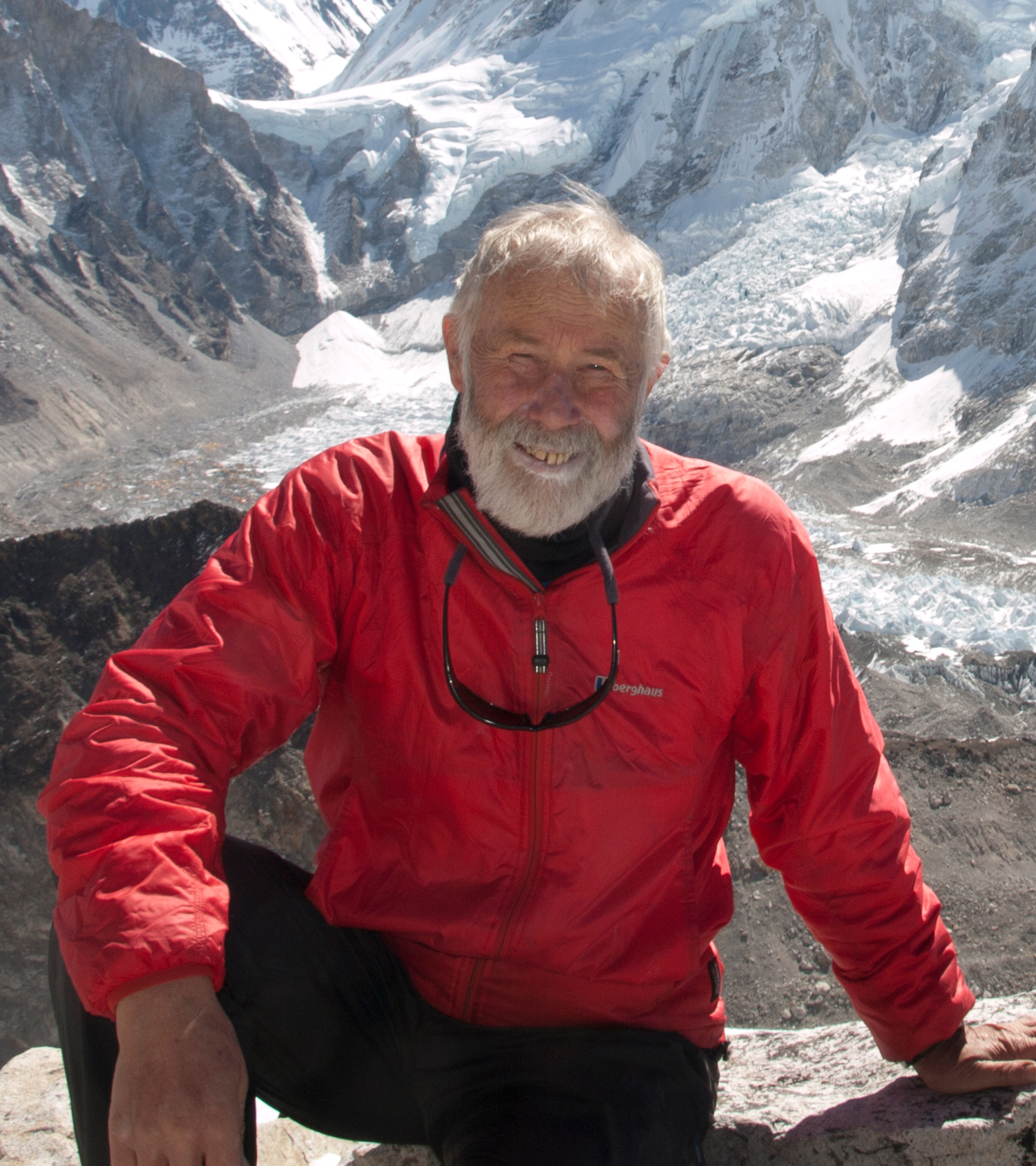 Born in 1934, Chris Bonington began climbing at the age of 17. In 1958 he took part in an early ascent of the Bonatti Pillar on the Petit Dru, and later became the first Briton to climb the North Face of the Eiger. He was soon invited to take part in Himalayan adventures; he reached the summit of Annapurna II (7927 m)
in 1960, and then Nuptse (7861 m) in 1961.

These achievements were followed by a succession of first ascents : the Central Pillar of Freney on Mont Blanc (1961, with Don Whillans, Ian Clough and Jan Dlugosz), Central Tower of Paine (Patagonia, 1963, with Don Whillans), Righthand Pillar of Brouillard (1965, with Rusty Baillie, John Harlin, and Brian Robertson). In 1966, having become a photojournalist, he covered the ascent of the Direttissima on the Eiger North Face, providing assistance to John Harlin's team.

In 1970 Himalayan climbers benefited from the reopening of Nepal, and began climbing the great faces of its giant peaks. Chris Bonington led a strong team on the south face of Annapurna, where Don Whillans and Dougal Haston reached the summit. In 1975 he led a successful expedition to Everest, which made the first ascent of the Southwest Face. In between he made the first ascent of Brammah I (6411m) in Kishtwar, and Changabang (6864 m) in the Garhwal. In 1977, Chris Bonington climbed Baintha Brakk (7285 m) with Doug Scott, who broke both ankles early in the descent. The two men then made one of the most extraordinary descents in the history of Himalaya climbing. In 1981 he made the first ascent of Kongur (7719 m), a huge mountain in China. In 1983 he climbed a technical rock route to make the first ascent of Shivling West with Jim Fotheringham. Prior to this he had organized an expedition to the West face of K2 (1978) and the Northeast ridge of Everest (1982). Then followed two expeditions to Melungtse, Vinson in 1983, and Everest, which he summited in 1985.

Chris Bonington's achievements have been significant in both the Alps and Himalaya. He has published numerous books, which have been translated into many languages. A businessman and writer, he has received
numerous awards in the United Kingdom and was knighted in 1996.

In 2014, to celebrate his 80th birthday, he returned to repeat one of his own famous climbs, the Old Man of Hoy, a spectacular sea stack in Orkney, which he first climbed in 1966, and where he organized a major programme for the BBC in 1967. An outstanding and passionate climber, Chris Bonington will this April join the elite group of mountaineers to have been awarded a Career Piolet d’Or.