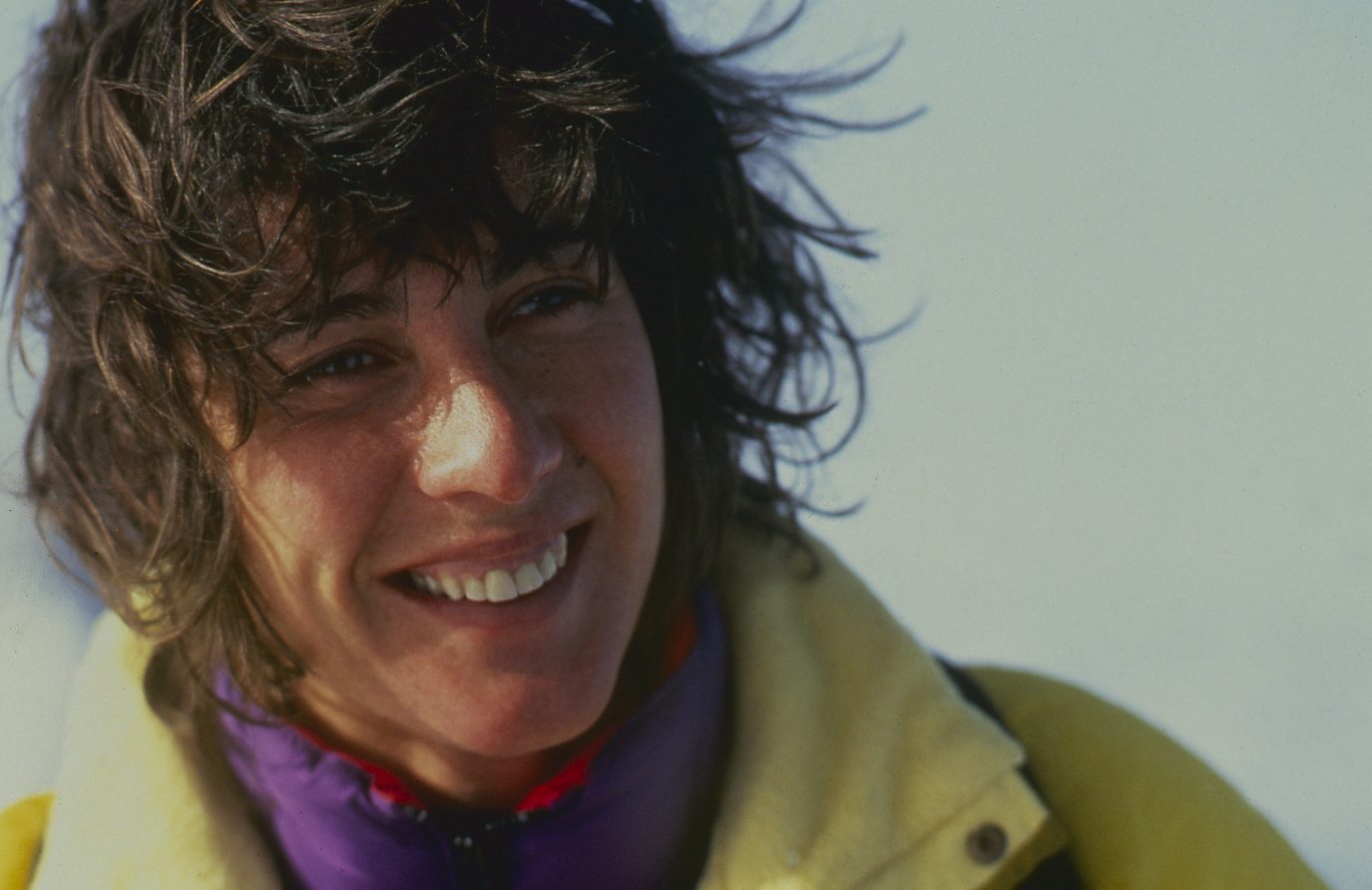 Catherine Destivelle started making a name for herself in the climbing world during the 1980s, a time when sport climbing was exploding in popularity and grades were rising rapidly. The media focused its attention on this new discipline, ignoring the fact that Catherine had been an alpinist from a young age. Shortly after discovering climbing at Fontainebleau at the age of 12, she was tackling big routes in the Mont Blanc massif. However, by the mid-1980s she had started participating in sport-climbing competitions and her success in these, and the fact she became the first woman to redpoint 8a, turned her into a rock climbing star. But few people knew that as a teenager she had climbed some of the biggest routes in the Alps.

In 1990, the rock star made her mountain comeback with an impressive solo ascent of the Bonatti Pillar on the Petit Dru. This finally gained her recognition as an alpinist. She went on to open a new route on the west face of the Petit Dru over 11 days, before completing a solo winter trilogy;  the north face of the Eiger in 1992, the Walker Spur on the north face of the Grandes Jorasses in 1993, and the Bonatti route on the north face of the Matterhorn in 1994. This latter route is still rarely climbed today. It was her second big Bonatti route and the first time a woman had climbed at such a high standard in the Alps. However, Catherine didn’t just want to be known as an accomplished female climber, she wanted her performances to be measured against those of any alpinist, no matter their gender. How many people could claim to operate at this standard? Catherine had proved that women could climb just as hard as men.

She went on to embrace the world of high-altitude, technical alpinism. In the Himalaya and Karakoram she made the second free ascent of the Slovenian Route on Trango Tower, climbed the southwest face to the summit ridge of Xixabangma, and attempted the south face of Annapurna, the west pillar of Makalu, and the north ridge of Latok I. She made two significant first ascents in the Sentinel Range of Antarctica. She also climbed in America and on the desert rock spires of Mali and the Sinai.

Catherine inevitably attracted the attention of mountain photographers and film-makers. In 2007, she starred in Rémy Tézier’s Au-delà des cimes, a film that showcased alpine climbing with superb imagery. In the film Catherine climbs Voyage selon Gulliver - a difficult rock climb on the Grand Capucin. However, the main focus is on the beauty of movement, the pleasure of bivouacking on the summit of the Grépon with her sister and an ascent of the Aiguille Verte with friends. The title of the film translates as ‘beyond the summits’ and expresses the idea that the value of alpinism goes beyond the difficulty of an ascent. The immersion in the mountain landscape and the bond of friendship between climbing partners provide memories that last much longer than an elevated grade or a fast time.

After writing a charming autobiography (Ascensions, Editions Arthaud), it came as no surprise when Catherine established her own publishing house, Les Éditions du Mont Blanc. Through this, she published outstanding texts from little-known writers, and quickly gained a reputation for her sound editorial judgement and the quality of her productions. As with mountain climbing, she has gone on to leave her mark in the publishing world. Her creed has always been to keep moving forwards, without ever worrying about her status as an alpinist or an editor.