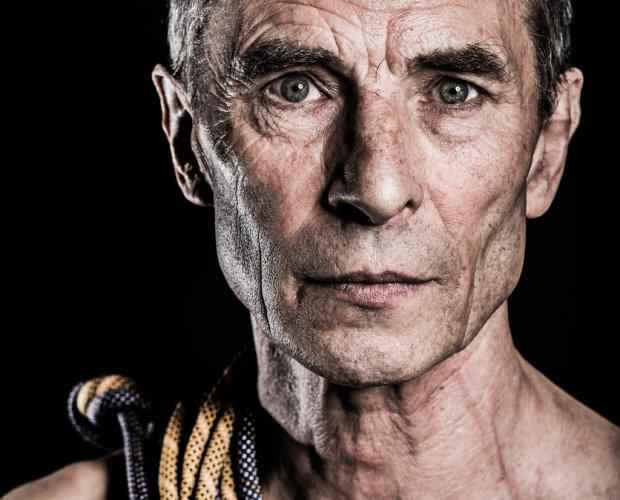 The desire to climb is engendered by a longing for freedom and self-respect.

Wojciech Kurtyka, born in 1947 in Skrzynka, Lower Silesia.The young Kurtyka learned English, then German, for his father - who had been engaged in forced labour during the war, was convinced of the importance of foreign languages. He began climbing at the age of 21, when his girlfriend was invited to go climbing by a guy who was interested in her. Climbing quickly became his element. It was a time in Poland when alpinism provided a springboard to freedom and an illusion of escape in the face of the Communist gloom.

The early 1970s were Kurtyka’s alpine apprenticeship. He climbed the Walker, the north face of the Droites, and the American Direct on the Drus. In 1975 he established a route on the Grandes Jorasses with Kukuczka and Lukaszewski. At the time, the Polish had a predilection for the Hindu Kush. In 1972, Kurtyka put up a new route on the north face of Akher Chagh (7,017 m) in three days. He was then invited to come along for some winter ascents in the Himalayas. “It was a bad experience. I promised myself that I would never use traditional siege tactics again,” he wrote. He became friends with Alex MacIntyre and John Porter during the exchanges that took place between British and Polish alpinists. The three set out to climb Kohe Bandaka (6,843 m), topping out the north face in six days. Voytek  (as he was known from then on) and Alex shared the same ideas on alpinism. In 1978 they set their sights on Changabang (6864 m), with John Porter and Krzysztof Zurek. They put up a new route rated V, A2. In March 1980, with Alex, René Ghilini, and Ludwik Wilczynski, they started up the east face of Dhaulagiri. They reached an altitude of 7,700 m on the northeast ridge, but turned back before the summit. Voytek took a close look at his conscience and declared, “Gentlemen, we’ve accomplished nothing, the summit is far away…”

Voytek teamed up with Kukuczka for several ascents in the Karakoram: GII East (7,758 m), then GI (8,068 m) by the southwest face. They then set out on a traverse of Broad Peak, which would last four days: “an undertaking of enormous commitment, and the quintessential Himalayan adventure,” he wrote.

Voytek the romantic fell in love with the west face of Gasherbrum IV (7,925 m). In 1985, he and Robert Schauer topped out the wall exhausted, battered by a storm and short on food: “The most beautiful, mysterious ascent of my career,” declared Voytek. In 1987, Voytek got in touch with Erhard Loretan and Jean Troillet. He established a route with Loretan on Trango Tower, and then climbed a route on Cho Oyu and another on the south face of Shishapangma. For Voytek, these two ascents were “pure enjoyment”.

According to Voytek, “Alpinism is the art of freedom. It offers a creative relationship with the mountain. Alpine style climbing embodies this relationship between the climber and the mountain”. It is an approach that highlights freedom and freeing yourself from your weaknesses… but there is also an element of mystery. During his alpine climbing career, Voytek Kurtyka experimented with certain trends, like “one push” tactics, which are now deeply rooted in the mentality of the most recent generation of alpinists.  Since Gasherbrum IV, he has become convinced that “alpinism is more an art than a sport…”

Two years ago, Voytek rediscovered his own freedom through rock climbing, which allowed him to let go of certain anxieties and nightmares that had haunted him since his youth. After several weeks of working the route Maharadjah Chinois, an 8a on the cliffs near Cracow, he free-soloed the line.