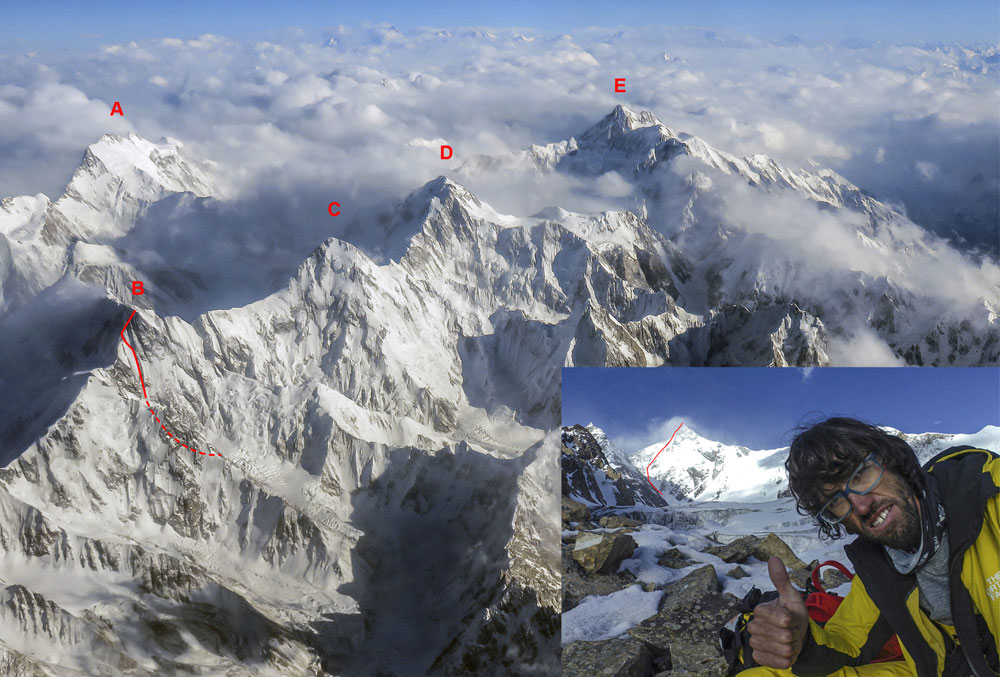 The rarely-attempted Lupghar Sar massif in the Hispar Muztagh of the Western Karakoram comprises three peaks on a high east-west summit ridge. The west summit was first climbed in 1979 by Germans via the southwest ridge, which featured dangerously rotten rock - a characteristic of this summit. It was repeated the same year, and again in 1980, by Japanese, the first of these expeditions continuing east for more than one and a half kilometres along the sharp ridge to the Central (Main) summit. These were
full scale sieges and neither the West or Central peaks were seriously attempted again until 2018.

After extensive acclimatization and scouting of both face and complex approach, Hansjörg Auer left base camp and navigated the wild Baltbar Glacier to a bivouac at 6,200m below the left side of the west face of Lupghar Sar West. The next day he made a rapid ascent of the west face to reach the steep upper section of the northwest ridge at 6,900m. Although he had planned a second bivouac, he decided to cache his gear and head for the top. Very loose mixed terrain and a highly exposed, narrow, corniced crest led to the highest point. Auer managed to descend to base camp by the evening of the same day. Although the technicalities were not high, this was bold, committing and precarious climbing, with a taxing descent of the same route, completely alone at high altitude and in a remarkably fast time. 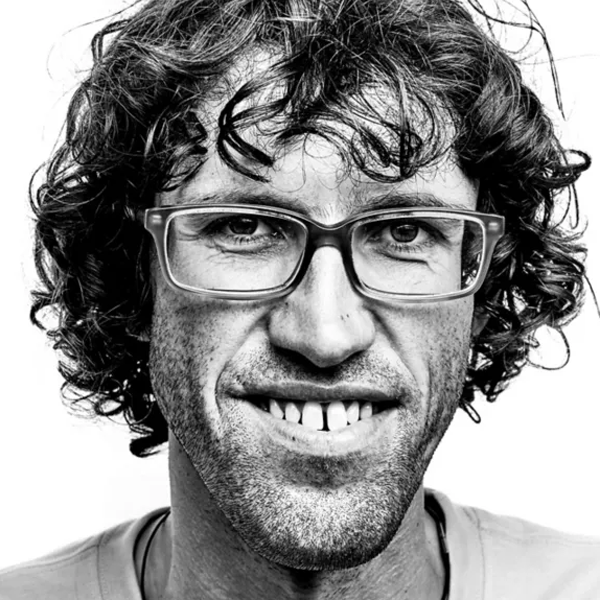 Born in 1984, the Austrian Hansjorg Auer was considered one of the finest alpinsts and big wall free climbers of his generation. He began rock climbing at 12 and over the next half dozen years completed many classic routes in the Alps. He then concentrated on pushing his limits on rock, freeing many hard multi-pitch routes, and, in his own words, making "all those crazy free solos" The first of those, in 2006, was a very rapid ascent of the 27-pitch Tempi Moderni on the south face of the Marmolada, the same year that he visited Pakistan and made the second ascent (first to the summit) of Women and Chalk on Shipton Spire (5,885m). The following year, he made the outstanding free solo of the 37-pitch Fish (7b+), again on the Marmolada south face, an ascent that due to the sometimes insecure nature of the climbing was arguably not surpassed until Alex Honnold's solo of Free Rider on El Capitan. In 2009 Auer, a teacher in Mathematics, gave up his job to become a full-time professional climber, later becoming a mentor for the Austrian Young Alpinists Group. His other notable contributions to climbing include: the first free ascent of L'Ultimo dei Paracaditisti (650m, 8b+) on the Marmolada; multipitch routes up to 8b in Oman, and up to 7c+ on the towers of Bilibino, Siberia; The Door (630m, 8b) during a 2012 visit to Baffin Island; the first free ascent of the 10-pitch Arctandria (8b), and the first ascent of Tingeling (7c+) on Blammanen, northern Norway; the first ascent of Kunyang Chhish East (7,400m) via the southwest face (2013); the first ascent of the south face of Nilgiri South (6,839m, only the second overall ascent of the mountain, 2015); the first ascent of the northwest face of Gimmigela Chuli East (7,007m, 2016), Nepal; the first ascent of unnamed Peak 6,050m in India's Baspa Valley (2018). He published an autobiography in 2017.
FaLang translation system by Faboba