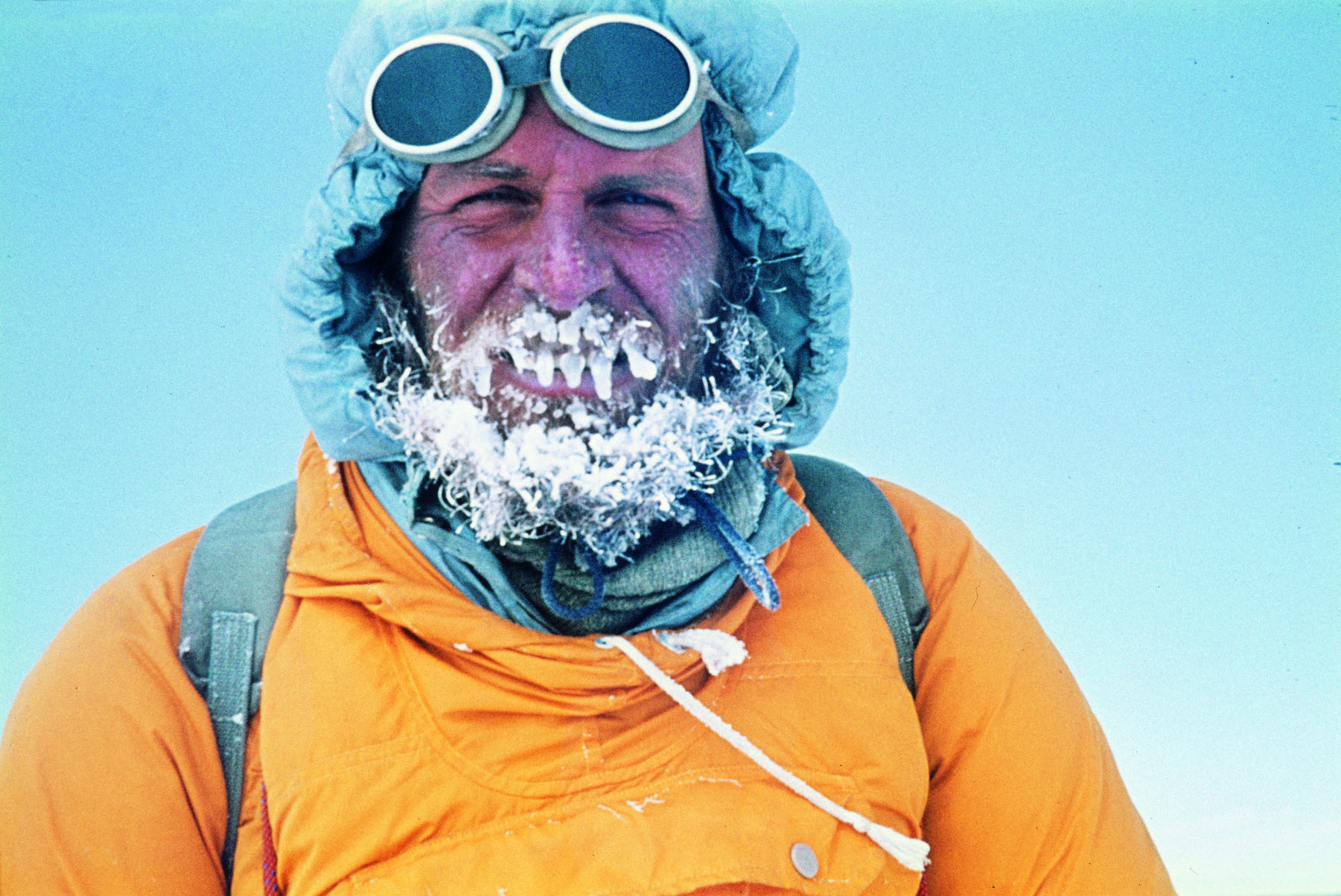 Born in 1932 in Villach, Austria, the 81-year old spent much of his youth exploring the mountains. He began his summers in the western Alps when the ice was in good condition, and ended them on the rock of the Dolomites in September.

At this rapid pace, Kurt Diemberger quickly amassed an impressive list of alpine accomplishments. Between 1956 and 1958, he and his friend and partner Wolfgang Stefan climbed the three hardest north faces of the Alps: the Matterhorn, the Eiger, and the Grandes Jorasses.

In 1957 he was a member of the expedition that made the first ascent of Broad Peak (8,051 m). An audacious adventure for the era, the expedition included just four alpinists: Kurt Diemberger, Markus Schmuck, Fritz Wintesteller, and the legendary Hermann Buhl, who made the first ascent of Nanga Parbat (8,125 m) in 1953. After Broad Peak, he and Buhl set off for an alpine style ascent of the magnificent summit of Chogolisa. In the fog, Buhl vanished tragically after breaking through a cornice.

Kurt once again experienced the joy of the summit when he reached the top of Dhaulagiri (8,167 m) in 1960 with a Swiss team. This made him one of the few alpinists to have made first ascents of two 8,000-metre peaks. But these weren’t his only Himalayan adventures. Kurt led several alpine style expeditions to Hindu Kush, traveling from Austria to Afghanistan at the wheel of a Volkswagen bus. He made several successful alpine style ascents in the region, including one of Tririch Mir IV (7,338 m).

In 1978 he climbed Makalu in the spring and Everest in the autumn, with Pierre Mazeaud. In 1979 expedition he climbed Gasherbrum II (8,035 m) followed by K2 (8,611 m) in 1986. On the descent, he and his companion Julie Tullis were trapped at high altitude in a storm. Julie died from an oedema. Kurt suffered from severe frostbite that required amputations.

Since then, Kurt Diemberger has continued to explore the mountains, particularly in China. A writer, filmmaker, and speaker, his work speaks of his vitality, passion for the mountains, and the richness of his lifetime experiences.