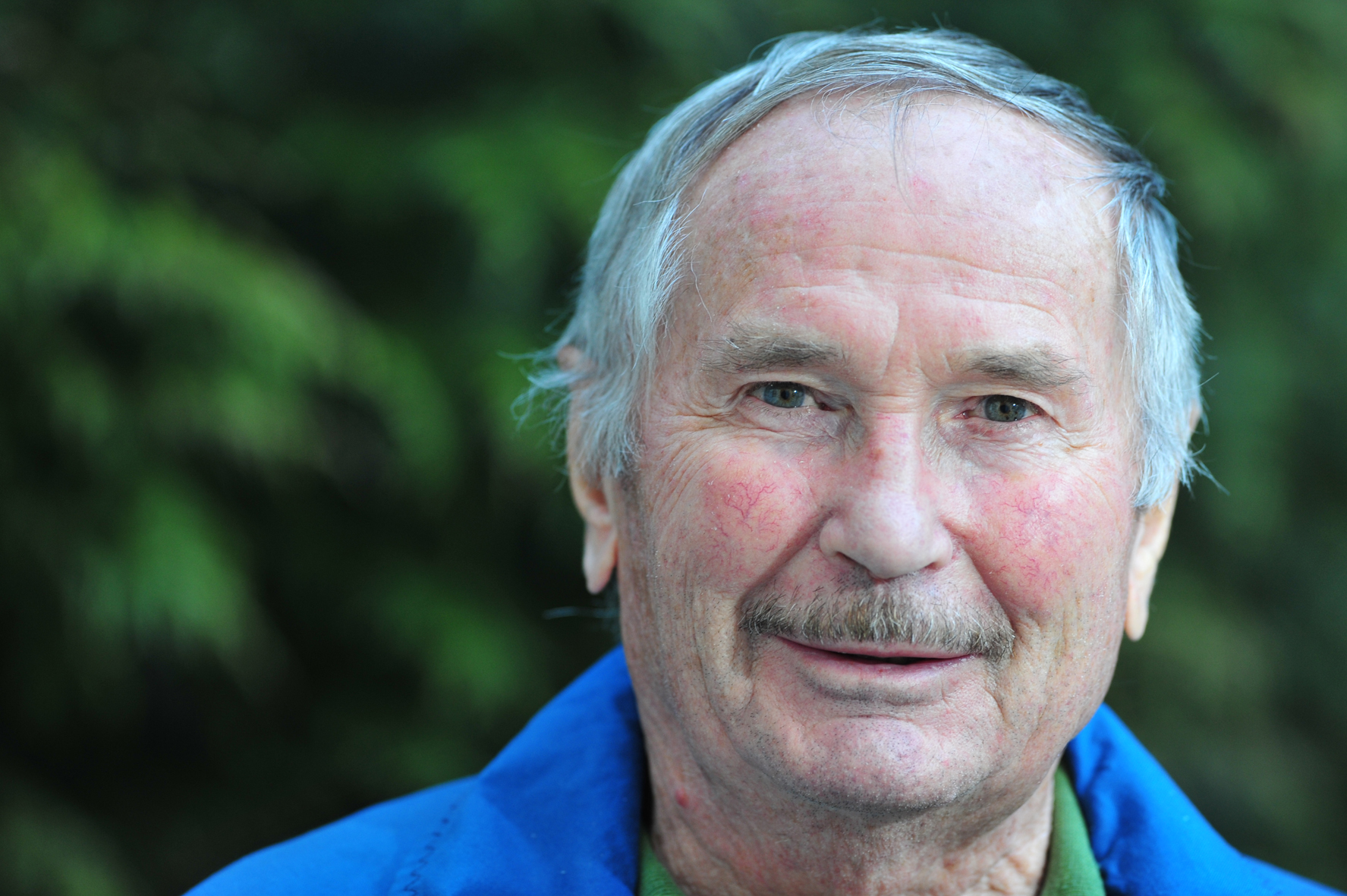 Robert Paragot has taken his famous moustache and mountaineering spirit to summits all over the world.  Nothing could have predicted that he would take up (a sometimes innovative style of) alpinism. He grew up in L’Ile-de-France when the province was still part of the countryside but it was while he was repairing typewriters in Paris that he discovered climbing.  After the war, along with the Lesueur brothers and Edmond Denis, young workers like himself, these future grand alpinists frequented the boulders at Fontainebleau using a gas fuelled lorry from Renault.  They climbed everything possible at this famous site with schoolboy fervour but still managed to chalk up some notable performances…

In 1950, the “Bleausards” gang arrived in Chamonix. It was a short shop over during which time they made their first mark.  Thinking nothing of their exploit, the young Parisians headed home to their workshop having notched up the North Face of the Drus.

Two years later, Robert climbed the Walker Spur, again accompanied by the Lesueur brothers and Edmond Denis.  From their bivouac they saw lights on the summit of Les Drus; it turned out to be another group of Parisians bivouacking in altitude after their first on the West Face.  Amongst them, Lucien Berardini, who was to become Robert’s inseparable rope partner. Together in 1953, they achieved the third ascent of the East Face of Grand Capucin, opened two years previously by Walter Bonatti. That same year, Robert opened the Joker, a fabulous route at Fontainebleau which is nowadays graded a 7a.

Fresh from their alpine successes, the young Parisians left for the South Face of Aconcagua.The highest summit of the Americas was 7035m at the time (today it is estimated at 6962m). The rock face was 3000m high and presented difficulties the likes of which had never been attempted at such altitude and on a rock face of such scale. They equipped the first third of the climb before realising that at that rhythm they would never arrive at the summit. In spite of the difficulties ahead, they decided to leave camp 2, situated at 5000m, for a direct summit push.  At that time, Alpine style was not à la mode, but it was indeed of that ilk. A difficult 2000m climb at an altitude of between 5000m and 7000m had never yet been attempted and would not be attempted again for many years to come…
The price of their success was high:AdrienDagory, Pierre Lesueur, Guy Poulet, Lucien Bérardini and Edmond Denis all suffered cruel amputations following serious frostbite.

Paragot au capucinOn their return, the Paragot-Berardini partnership reformed and chalked up a deserved first on the North Face of Grand Capucin in the summer of 1955. Robert took great care of his climbing partner right up to the symbolic moment when he passed the equipment to ‘Lulu’ and suggested that he lead climb.

For Robert, the momentum was struck. In 1956, he participated in an innovative expedition with Guido Magnone, André Contamineand Paul Keller, leaving for a spectacular tour of Mustagh (7273m) in the Karakoram mountain range.  The idea was to put all four climbers on a high and technical summit.  It didn’t matter that a strong British expedition beat them to the summit by only a few days.  Two beautiful firsts were achieved in a style that would become the norm.  The French expedition team, showing solidarity with the rival expedition, took charge of evacuating John Hartog who was suffering from frostbite.

Jannu at an altitude of 7710m, required more resources. The first attempt in 1959 failed not far from the summit.  Robert was the leading rope party and he was to be the first on the summit in 1962.  Here too, he achieved an innovative climb due to the complexity of the top section.

In 1966, Robert attempted another spectacular climb, this time as expedition leader (which didn’t stop him from reaching the summit).  The North Face of Huascaran (6768m) is immense, vertical and above all else rocky.  At the time it was rare to climb routes of this type.

It was in 1971 that Robert took charge of his greatest challenge: the West Pillar of Makalu (8463m).  The start of the 1970s was devoted to big technical routes over 8000m.  This pillar was without a doubt one of the most spectacular and nicknamed the “Walker of the Himalayas”.  YannickSeigneur and Bernard Mellet reached its summit.

Robert continued to climb with his friends Lucien Berardini and Pierre Lesueur as well as heading up national expeditions, holding the presidencyof the GHM (Group de Haute Montagne) and the presidency of the French Federation of Mountain and Climbing sports (FFME).  His charisma and that of his friends brings him close to the younger generation of climbers.  As well as an impressive list of achievements, Robert has the gift of making friends and sharing his passion for mountaineering.Many other young French climbers have chosen the South Face of Aconcagua as their first taste of expedition climbing, not only because it is easier to reach the Andes than the Himalayas, but because it was the route chosen by the great climbers of the past. These famous names from the past knew how to weave strong links and friendships with the generations that followed; ties which make up the culture and the force of alpinism today. 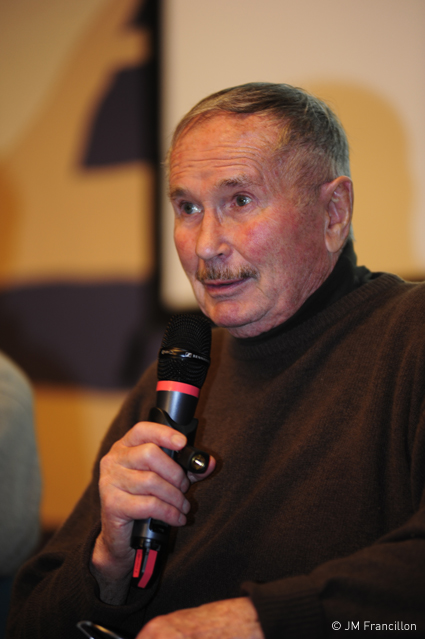